ANGST # 1 occurred on Monday when the news that there was a fire burning in Meelon, an area close to Dwellingup, an area close to our little house.
It is also way too close in time and proximity to the devastating fires in Yarloop and surrounding regions.

Just as I did in WEEK ONE this year with the Yarloop fires, I resorted to checking the DFES website and the Perth Now website as often as I felt the need to…..and that was often…..

After a few days luck, combined with some great work by the local firefighters, had it was brought under control. It seems that most infrastructure was saved but a load of farmland and bush was affected.
Power poles had been burnt, and when power goes so does water. Dwellingup was without both for a time.

We needed to get down to check our fridge…..such a paltry sounding task…but with the power off the state of our fridge could be problematic and clearing out hairy and putrid food is not an ideal welcome for incoming bods at Easter.

Traveling down as early as we could get away, on Saturday evening before dark, we witnessed the change in landscape that a fire brings.
In areas of dense and hilly bush we could now see through the burnt and now cleared undergrowth to behold sheds and outbuildings and homes INTACT.
Obviously these were fiercely protected by the local firies and landowners.
They were all totally surrounded by black and now very vivid red dirt.

My eyes were popping as we drove by the charred remains of the native ‘blackboys’ the  beautiful Xanthorrhoea which are a big feature in the plains below.
Now I see that they are also a big feature in the hills and are now standing with arms up, dressed from head to toe in black with their spiky hair making them look like very stern sentinels.
Then there are enormous rock forms, uncovered and naked until the rain brings green cover.
I did not consider stopping to take photos, and there is hardly a place to park, but perhaps on the next trip down I will pluck up the courage.

ANGST # 2…. was building up all week. In fact it has been building for fifteen months.
The twentyONE+ team were in full flight readying for Saturday/Juryday.
We were organised and we work really well as a team,
BUT…
the responsibility we bare for helping to create a great WAFTA show,
the responsibility we bear showing all entrants’ works in the best possible manner,
the worry of having technological glitches that might cripple our momentum (we had them, as usual, and worked through them),
AND,
I worried about how the three jurors would work together.
I worried about listening to the jurors ‘critique’ not only my entries and those on the committee but also works of anyone I knew.
I wasn’t worried about how well we would cater and how well ‘my’ team would cope – that was a given.

What an experience….personally it was harrowing on so many levels but at the same time it was a total privilege listening to the jurors’ unfettered thought-lines and comments.

STILL….Arriving at our little house a few hours after the session was complete, and that glass of calm (wine over a pile of still frozen ice-cubes from the freezer) was a balm.
Leftover sandwiches from lunch, (still yummy thanks Annie:)  was our makeshift dinner on the verandah watching the sunset over the tall jarrah trees.
A frozen Connoisseur Cuban Mocha ice-cream that had survived the week intact was BLISS.
Sleep, unsurprisingly, was to allude me that night.

Sunday gave me some slow and calm.
Ambling in the garden and quietly moving through a few chores whilst we were entertained by live music emanating from the German Car Day that was held on the oval opposite. 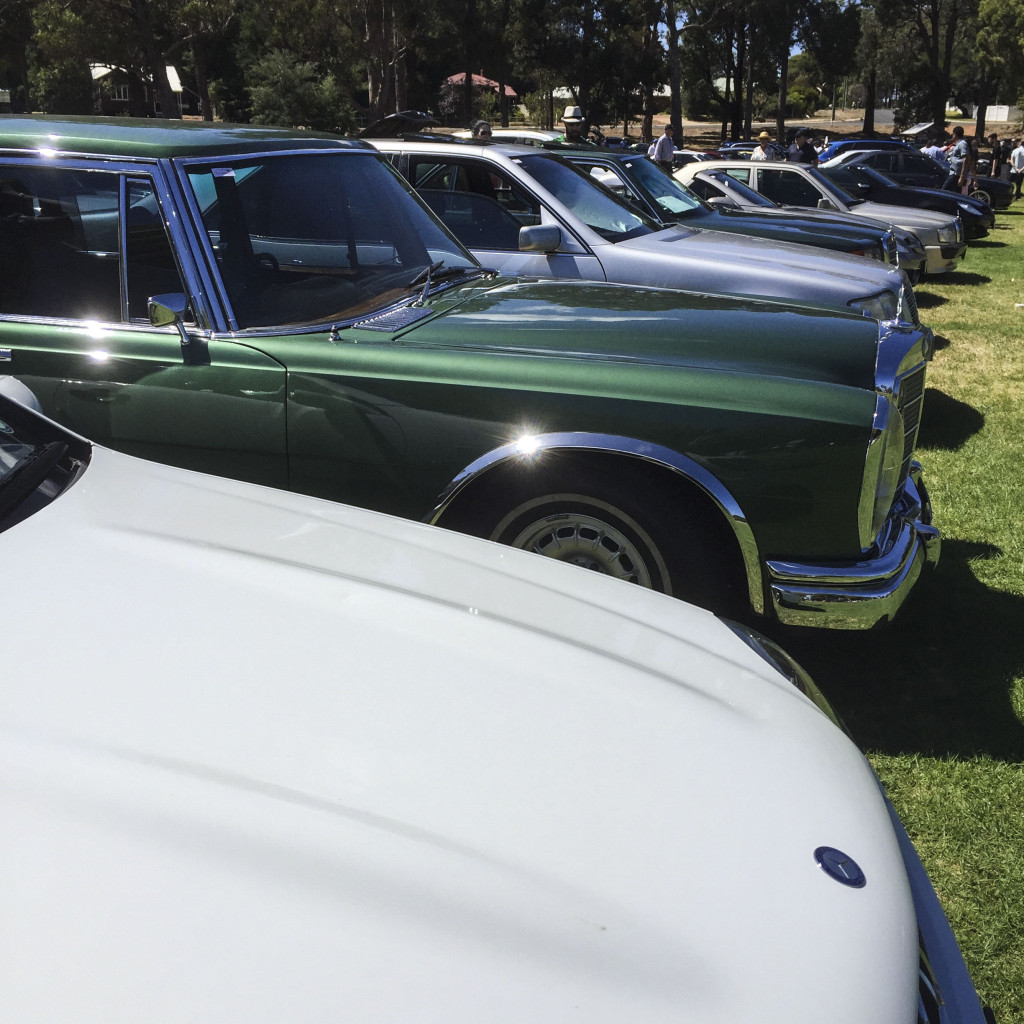 We’ve owned a few German cars over the years, a much loved Kombi, a couple of Vdubs, and the bloke now has a brand new Passat station wagon. 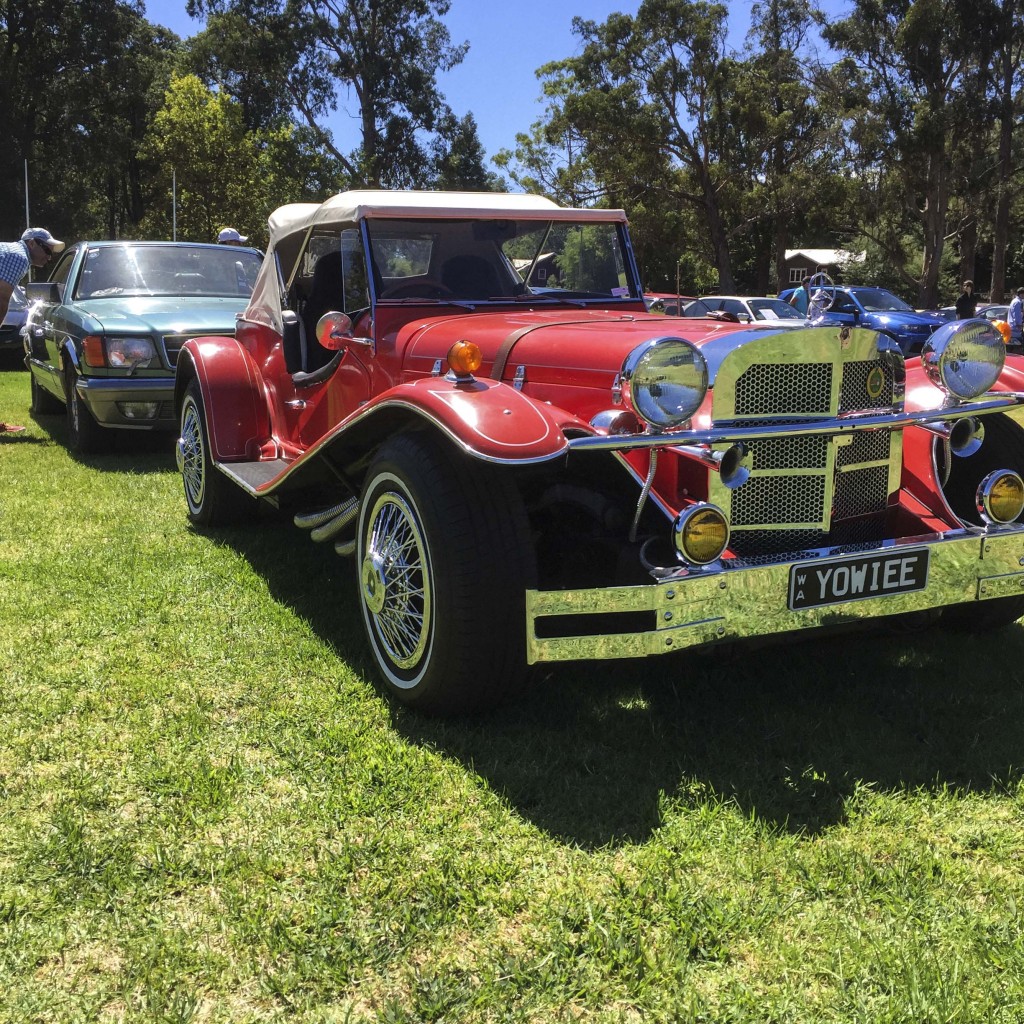 The bloke is also partial to a bratwurst in a bun so over the road we stepped and into the mild affray. 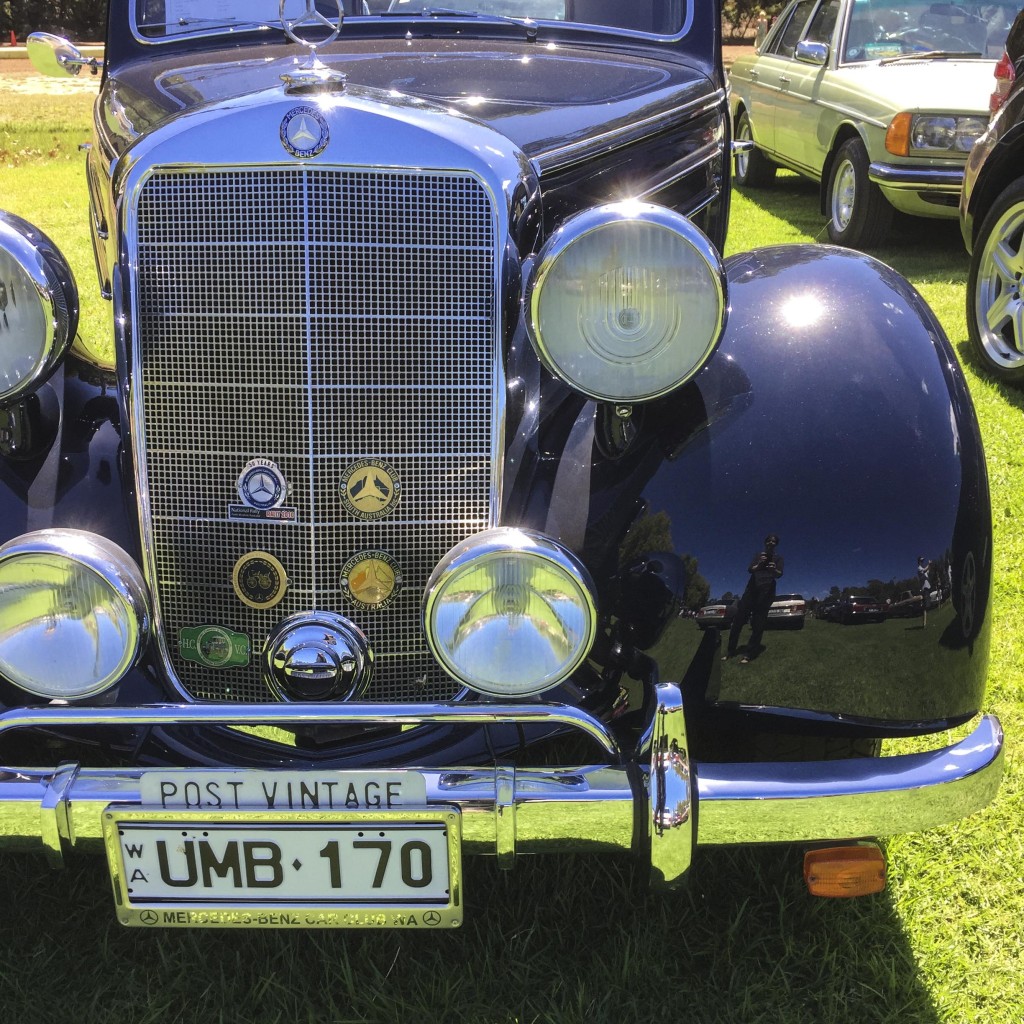 Home to family, to the babies, to the usual chaotic Sunday night dinner and finally, at the end of the week relief from the angst…